Sonochemistry consists in the catalysis of chemical reactions generated by ultrasound and is based on the cavitation phenomenon.
Cavitation in a liquid takes place because of stress induced in the liquid by the passage of an ultrasonic wave; ultrasonic waves are, in fact, made up of compression and decompression: if the decompression pressure is low enough during the cycle, the liquid molecules can be broken up to give rise to small vapour bubbles. These bubbles, subjected to stress induced by the sound waves, grow during the decompression phase and contract or even implode during the compression phase: each of these imploded bubbles can be seen as a micro-reactor, with effective temperatures estimated at 5000°C and several hundreds of atmospheres of pressure.

In industrial applications such as deagglomeration, dispersion, homogenization and emulsion, ultrasonic mixing power can be explained as a special turbulence phenomenon due to the shock waves generated by the implosion of the cavitation bubbles, which can lead to significant increases in the mass transfer coefficient compared to traditional mixing systems.
In addition, cavitation generates a local temperature increase, therefore of the reaction kinetics according to the Arrhenius equation.
Other effects of this phenomenon are the production of radicals, sonoluminescence, pressure shock waves.
Therefore, in general, sonication of a reagent at high specific power levels is equal to a controlled catalysis process (through exposure time and ultrasonic power) of chemical reactions which would otherwise be impossible to observe.
Experiments of various sonochemistry projects can be carried out in a laboratory with compact systems manufactured by Everywave and then developed with industrial systems. 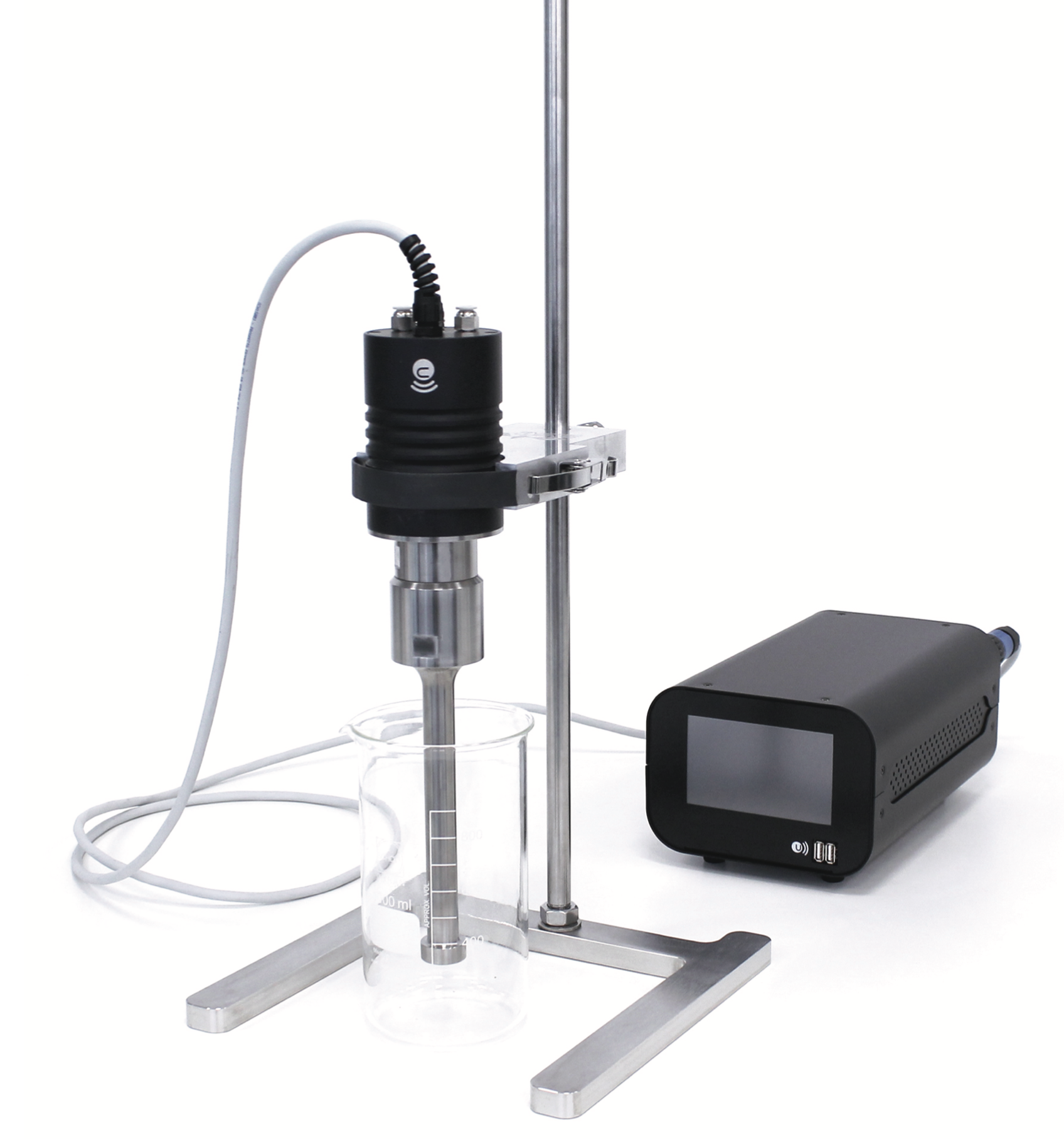 Everywave has designed special systems STEP:WAVE and FLOW:WAVE for large-scale industrial applications with high power in continuous flow, with flow cells and a tubular reactor.
These systems can be used in specialized industrial sonochemistry thanks to:
High power which can reach 1000W/l;
Operating in overpressure conditions;
High temperatures up to 150°C. 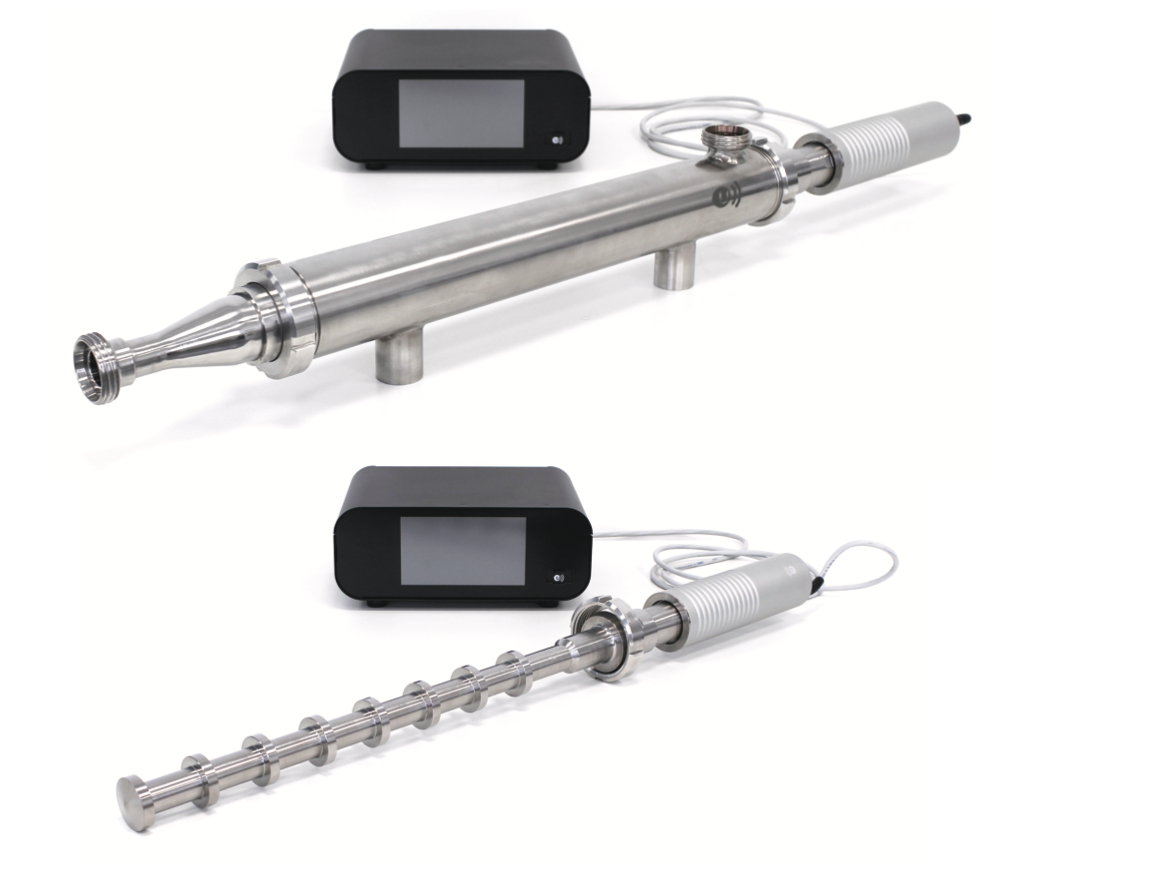 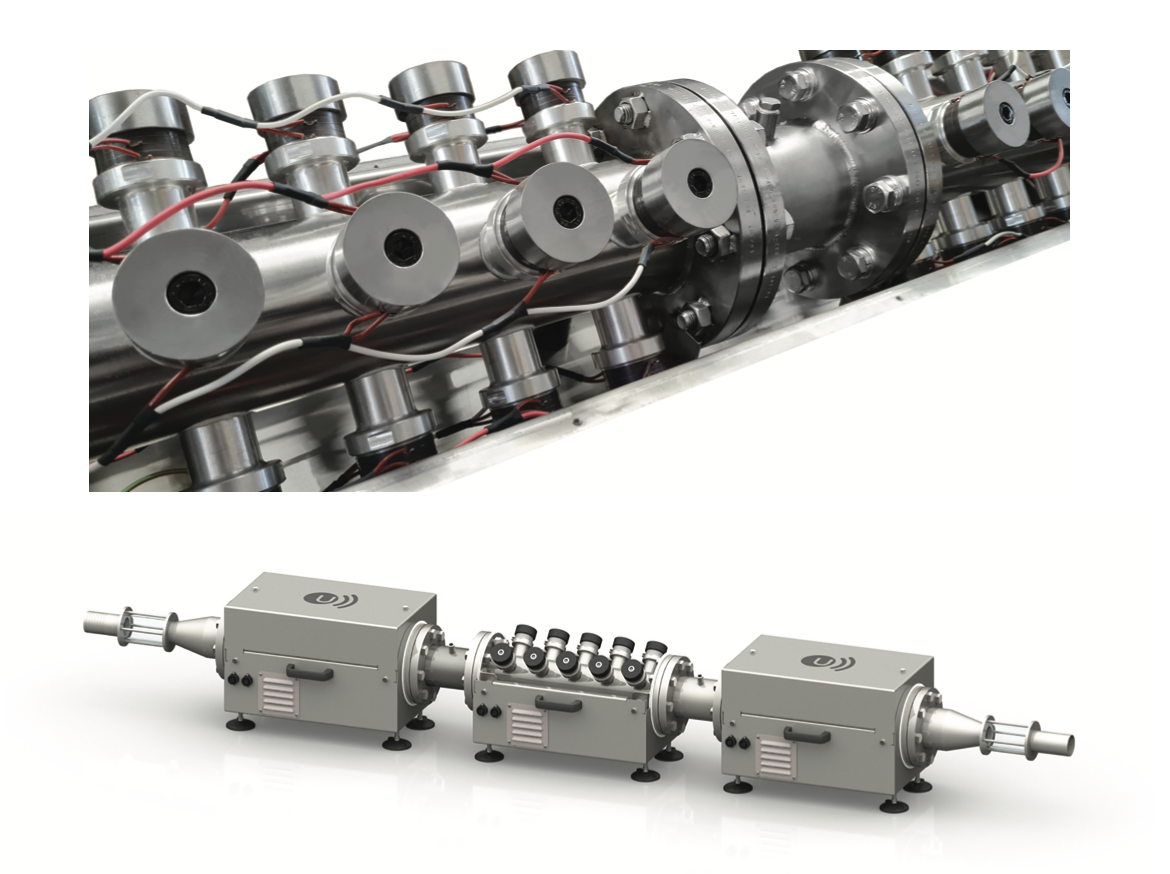 Learn more about our products